Donald Mayrer, class of 1935 he attended all 4 years there and prior to that he attended Mt Carmel school in Chicago

In this picture he is in the second row from the bottom, 5th from left.

The second picture is a few years later, sometime during his service with the Illinois Army National Guard 1958-1961, and lastly one taken a few years ago before he came to Arizona was a 4th Degree Knight in the Knights of Columbus, Diocese of Rockford, IL.

My uncle, John T. Singelmann Class of 1953, is nearing the end of his time on Earth. In going through his personal items, I have found his graduate class picture and his class ring from St. George High School. When I looked up the high school on the internet, found your alumni web page. I was happy to note that there was a page to "Keep in touch with a Dragon", alumni that will visit those in their golden years, homebound, and alone. Are there any alumni in the Phoenix, Arizona area able to do so for my Uncle? He lived his entire life in the Chicago area until relocating to Phoenix in August 2012, where the dry climate was hoped to alleviate his pain from arthritis. His health continued to decline, and he is now residing at Immanuel Campus of Care in Peoria, Arizona (Phoenix metro area). I am his only family member west of the Mississippi River, and live and work in Tucson, AZ. Due to my job, I can only get up to Phoenix on the weekends to spend time with him. If there are any alumni in the Phoenix area that could visit during the week, that would truly be a blessing. Our parish priest, Father Robert Aliunzi of St. James Roman Catholic Church in Glendale, AZ bestowed the sacrament of Anointing a couple weeks ago. He spends most of his time asleep, but does wake up when people visit and although unable to communicate is aware and does understand and recognizes people when they are there.

Thank you and God Bless,

A picture of the St George letterman's Jacket Dragon found on the website "Friends of Winnemac Park" this was St George's home stadium.

When I retired in 2005, my wife and I moved to the Las Vegas area (Henderson, NV) and for the past few years, I've been both the Radio Talk Show Host and Entertainment Editor of The Vegas Voice, the largest Senior publication in the Las Vegas valley with a circulation of over 100,000.

Each week I interview various local Las Vegas celebrities in addition to writing a monthly column for the publication.

2015 is the 70th anniversary of the end of World War II, and in the past 3 months I have written two production shows as part of our commitment to "Keep the Spirit of '45 Alive".  The Vegas Voice is the Nevada sponsor of this national program authorized by an act of congress.

As you can see, retirement has been all but boring.

...and that is the real purpose of this email I am sending you.

This being June with graduations across the country, I wrote an article entitled "Reflections of 1964" and thought if might be appropriate for the St. George website if you choose to use it.  My readers seem to have enjoyed it, and thought I would send it to you.

It's hard to believe it's been 50 years since that graduation day. 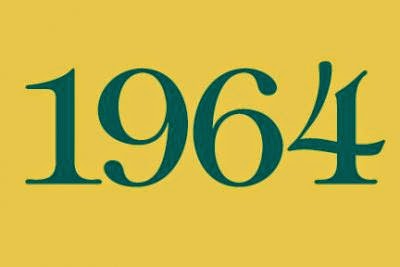 June is the month of graduations. You'll see kids in caps and gowns celebrating while their parents and grandparents stand tall with pride...a special day in the course one's life.

This morning, while watching TV, a piece was run on the "Class of 2014"....their joy...their optimism...their looking forward to the future just as all of us did years ago, when we experienced that day.

...and I had both a smile and frown on my face as I couldn't help but reflect on my own high school graduation, that special day in June, when I became a member of....the "Class of 1964".

A few months ago I received a letter from my high school inviting me to my 50th high school reunion....

...a notification that I instead interpreted as a reminder of my "mortality" !

The high school I attended closed its doors in 1969... 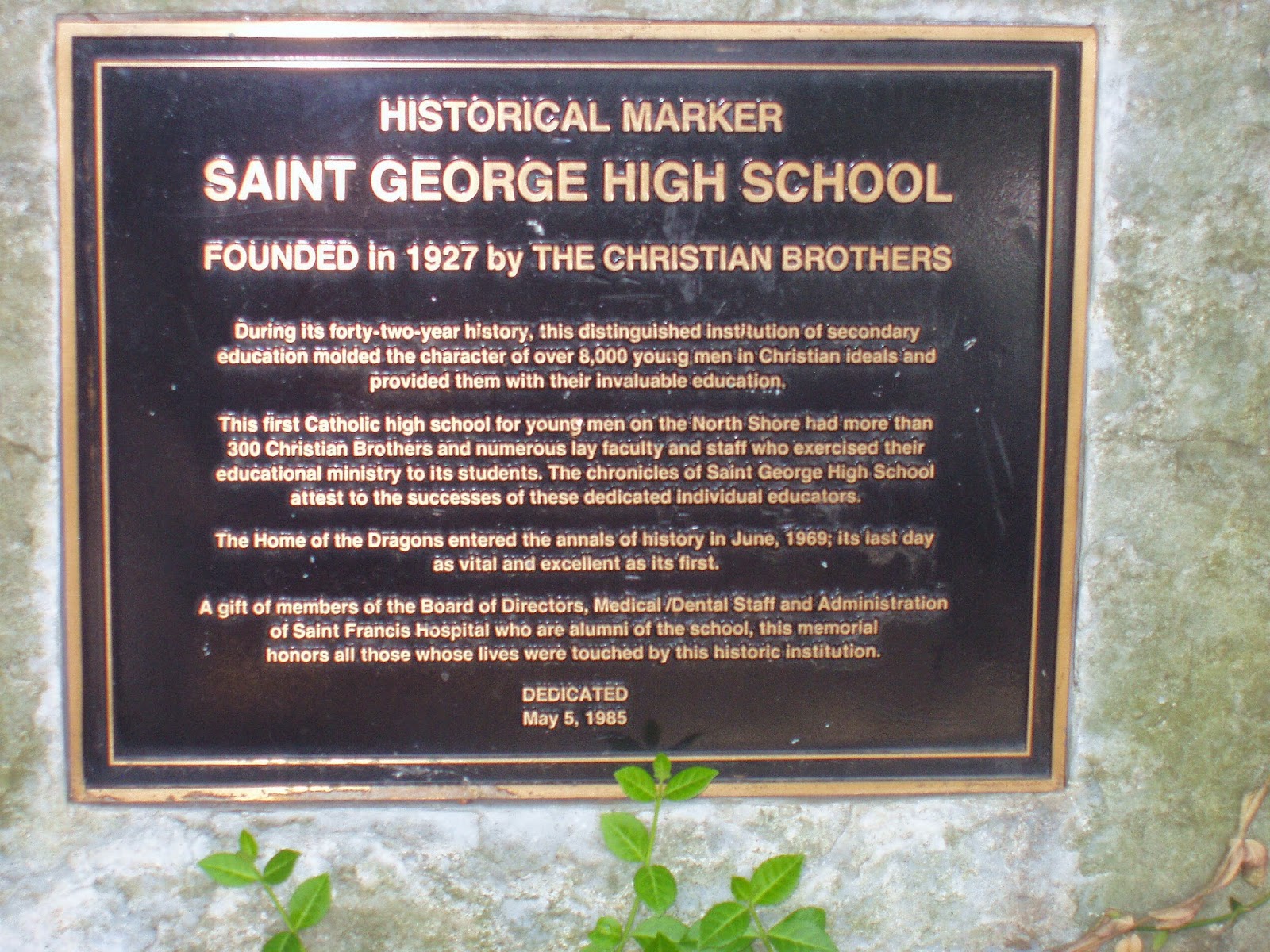 ...but to this day, an annual banquet is held for all alumni at the same location on the same day at which those celebrating their 25th and 50th reunions are specifically honored.

When I attended my 25th class reunion in 1989,  I can still remember seeing those celebrating their 50th....

...and my guess is that few, if any of those celebrating their 50th are still around to recall that day...because they would be in their 90's now.

Could it really be 50 years?  A quick glance in the mirror left little doubt ....

...and so I grabbed the old '64 yearbook and took a trip down memory lane...not just looking at the pictures, but remembering the entire year...

In June, 1964, the Graduating Class of St. George High School in Evanston, Illinois "unofficially" entered adulthood; and like all who preceded us, we too felt the optimism of a bright future.

...and that's how God has allowed many of us to treasure the past....

...with memories and visions of days in our lives that are frozen in time.

It still seems like yesterday when that virile group of guys who were about to take on the world, marched down an aisle in caps and gowns receiving diplomas stating to the world....

My dad never forgave me when, a week after I changed to the "409" emblem,  the car was stolen from a parking lot in broad daylight. 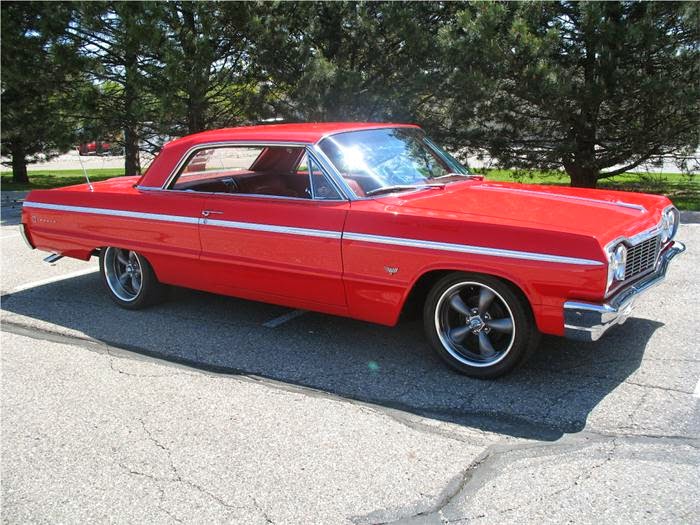 Some of us went on to college, but coming from a blue collar community, many entered the working world ...

...and a number of those who entered the "non-college" world did so without something called a "2-S deferment", eventually receiving a letter from the President that began with the word, "Greeting". ...and to my knowledge, a number of them never made it back home after 13 months in a foreign country named South Vietnam; one of which I was told, was my pal, Charlie Dietrich, who was on the swimming team with me for three years...

...and every time I grab that '64 yearbook, I look at Charlie's picture with a deep sense of "what might have been".

I receive quarterly reminders of my graduating class; and sadly, the section I first examine is the "In Memoriam" part.....hoping not to see a name from the past who I remembered cruising the halls of my high school on my way to class or to a swim meet.

I suppose I am the lucky one...I have survived...so far !

But as I paged through that  '64 yearbook, "The Dragon", my mind wandered at the historic memories of that year in which I entered adulthood...a year that an author named Jon Margolis, wrote a book entitled...

Just what were some of those thoughts and memories and how they have transitioned into the present day? 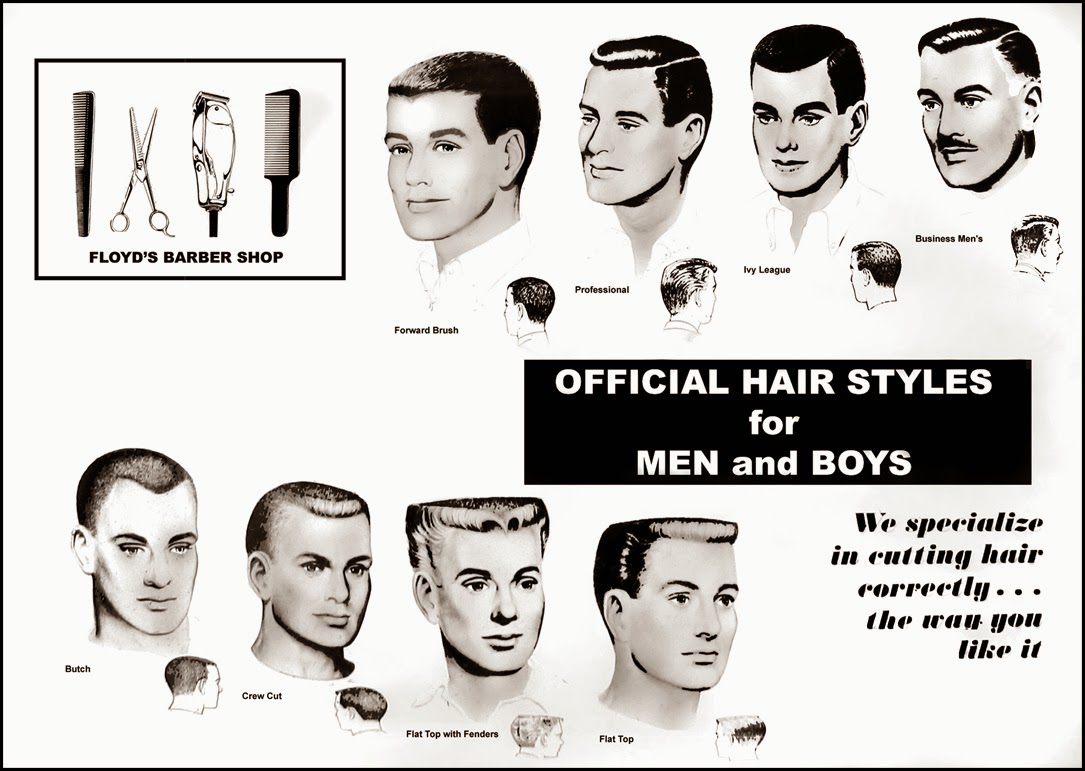 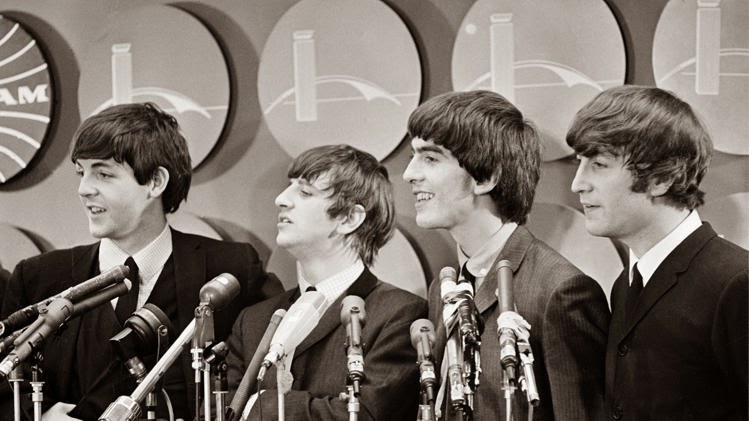 I saw women's dresses go from well below the knee... to well above it ! 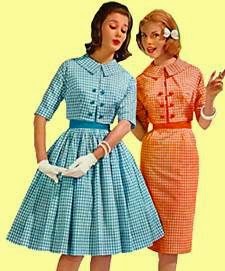 ....a young boxer named Cassius Clay, became "Muhammed Ali" the day after he defeated an "unbeatable" champion named Sonny Liston, further startling the world when he announced  he had become a Muslim. 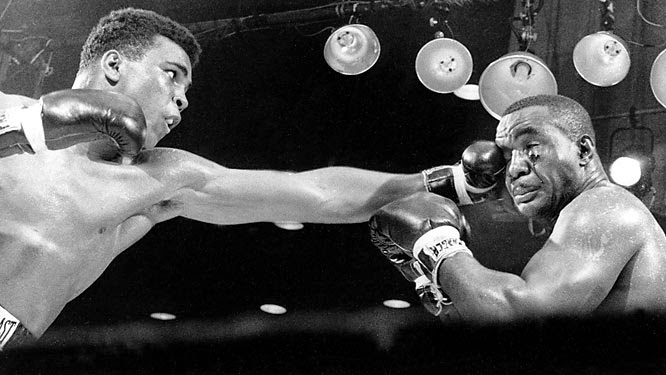 ...the Republican Party challenged the liberalism of the Johnson administration with a conservative revolution lead by an Arizona senator, Barry Goldwater, concluding with Lyndon Johnson being overwhelmingly elected to the presidency in his own right following the death of John Kennedy.

Years later, I learned that a few miles from Evanston, a junior in high school, who lived in Park Ridge, Illinois, was a "Goldwater Girl".

I wonder whatever happened to her? 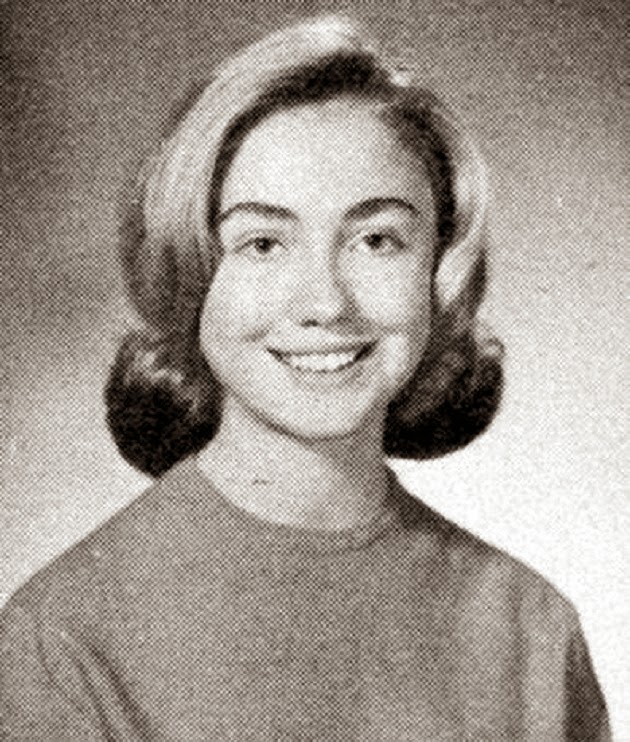 
Lyndon Johnson gave his first State of the Union address demanding an end to racial injustice and promising an "unconditional war on poverty"; and in June, at the University of Michigan graduation commencement, he asked America to create a "Great Society" with the passage of the Civil Rights Act.

In the spring of '64 the Ford Mustang made its debut at the New York World's Fair. 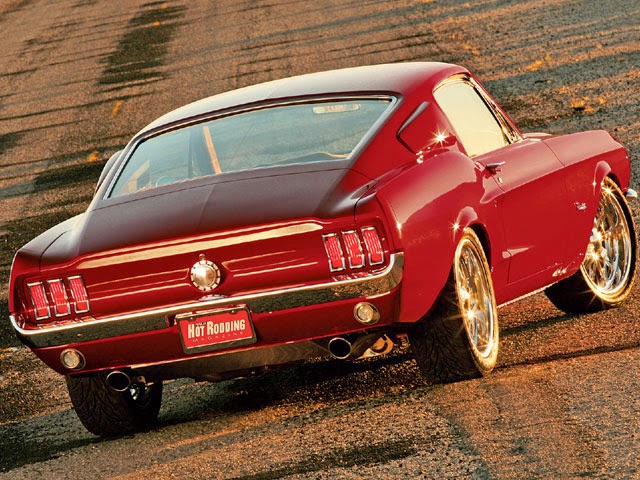 Women became "people" when one named Betty Friedan published a book entitled "The Feminine Mystique", and within a short time, females quickly began to reject their conventional roles in society, embracing new identities and new values, sparking a feminine movement that would transform American culture.

One day in Berkeley, California hundreds of college students demonstrated against racial discrimination and the "Free Speech Movement" was born.  Their NONVIOLENT protests would become the model of student unrest throughout the remainder of the 60s.

But one can't conclude 1964 without looking at some of the...

In the baseball world, the Philadelphia Phillies were in first place, leading the national league by 6 games, with only 12 left to play in the season.... 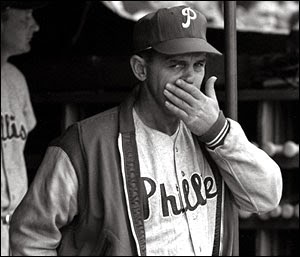 ...eventually losing to the St. Louis Cardinals, who had never been in 1st place the entire season....until the last week.

The Cardinals would go on to end the New York Yankees dynasty by capturing the World Series in 7 games.

It was also the year the Chicago Cubs dealt a young upstart named Lou Brock to the Cardinals (I had to throw that in for the Cub fans out there). 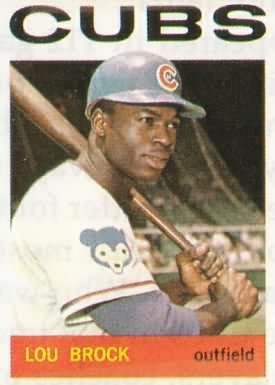 In the National Basketball Association, the Boston Celtics would win their 6th consecutive NBA championship.

The Detroit Red Wings would win the NHL Stanley Cup.

In the world of thoroughbred racing, Northern Dancer would win the Kentucky Derby and Preakness, losing to Quadrangle in the Belmont Stakes. 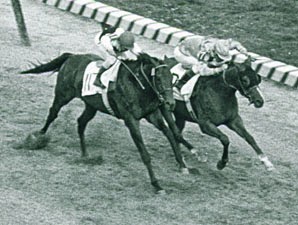 There was more than the Beatles !   Their music was all so innocent in that year.

How many of you knew the REAL words to... 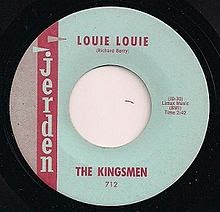 
I know I learned this Roger Miller hit once I got to the University of Illinois in the fall of '64 ! 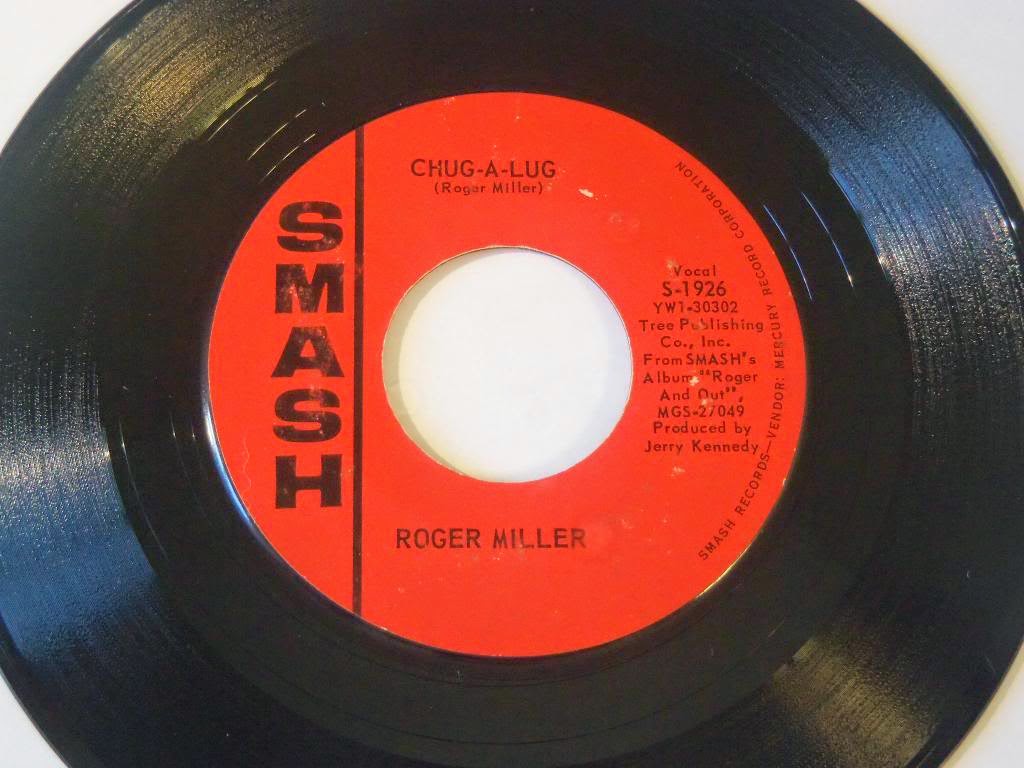 I said goodbye to Patty Finland that summer on my way to college...singing this song to her....promising I'd be there for her all of eternity... 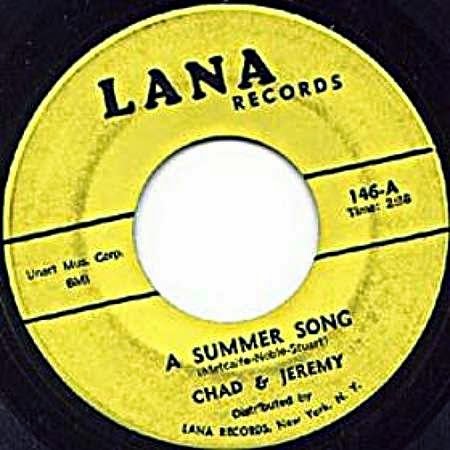 The Last Innocent Year in America

The year I will never forget... 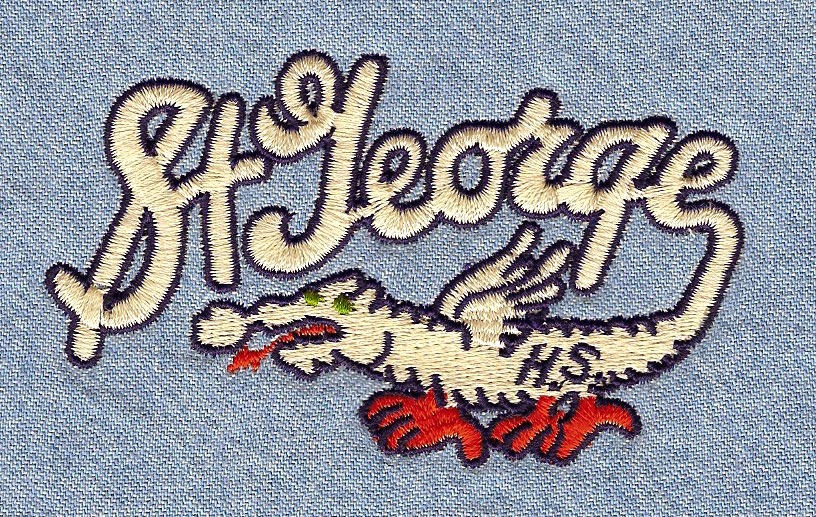